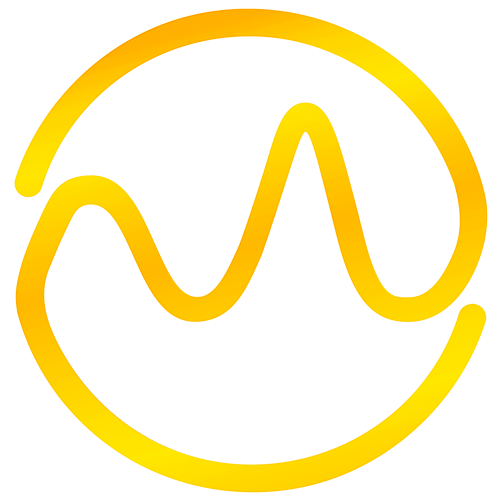 Julene is at the cutting edge of research and innovations taking place in the music – health – culture interface. She is the nominated Arts & Impact specialist for Global Leadership 21 a partnership initiative between the World Academy of Art & Science and UN Office Geneva. She is putting forward new frameworks and methods for engaging the use of the arts for global impact.

Her interdisciplinary research has been on social and cognitive aspects of music. She has worked with Dr. Angela Impy (SOAS, University of London) as well as various NGOs understanding the social impact and social processes of music. She has collaborated with Dr. Mercedes Pavlicevic (Nordoff Robbins Music Therapy) and Dr. Cathy Malchiodi (Trauma-Informed Practices & Expressive Arts Therapy Institute) on developing therapeutic and clinical frameworks. She has also worked with Dr. Robert Polnicky on Neural Performance and Cognitive aspects of music. Furthermore, Julene has brought forward frameworks for sound and consciousness with the Existential Consciousness Research Institute and Dr. Amit Goswami to name a few. Alongside this she has extensively researched frequency and information field medicine with TimeWaver Academy and The Laszlo Institute of New Paradigm Research. Her groundbreaking transdisciplinary frameworks for music are being taken forward by the World Academy of Art and Science.

Julene is the inventor of the Tonal-Spatial Musical System™ and the Rhythmic-Temporal Musical System™ which now for the first time enables both eastern and western musical systems to be housed all under one holistic musical system. Through her groundbreaking work she founded the transdisciplinary “Musical Nutrition” system diagnosing ‘how the benefits of music operate’ for specific people, contexts and conditions. Through her pioneering research she founded the Nada Brahma platform.

Julene holds two relevant masters degrees from The Royal College of Music and SOAS, University of London and is certified in the renowned TimeWaver information field devices and in Trauma Informed Practice.

Julene has also worked as a Composer for many cross-cultural projects, including commissions from Queen Elizabeth II bringing together the music of the Commonwealth Countries and Shaikha Mai Al-Khalifa for Arab-Orchestral music. Julene is a cross-genre and cross-cultural classically trained composer. This relevant experience enables her to understand the creative process, compositional methods, social aspects of music and therapeutic processes and how they can be enhanced by the design and features of the Nada Brahma platform. She is dedicated to unlocking the benefits of music for social change, human-planetary wellbeing and consciousness.

Terry Mardi is a mindful futurist, serial entrepreneur and founder of Terry Mardi Group (TMG), a cluster of pivotal, diverse and ethical businesses that have galvanised cross-cultural youth movements across the world since 1999.

Terry is passionate about streamlining the world’s necessary sustainable processes ushering in disruptive and ethical technology systems such as AI, blockchain, augmented reality and virtual reality intended for benevolence and to drive impactful behaviour improvements to solve major problems.

Coming from the music and media industry grassroots. Terry pioneered in many fields such as digital distribution of South Asian content across global telco carriers and licensing of digital content to major music streaming platforms since early 2000. Terry was also responsible for the first ingestion of licensing and ingestion of Bollywood content into the Apple iTunes platform in 2005, making a quarter million songs and metadata available online for the first time. This lead to becoming creative director of VC backed platform that became the largest online platform for cross cultural fusion, bridging the gap between North America and South Asia.

TMG owns Asian Music Publishing; a leading independent global music publishing company operational in 15 countries specialising in the synchronization of Asian and Latin music with a division focused solely on digital distribution of music to over 300+ global digital stores. These ventures disrupted the 360 model in Asian Music and delivered sustainable value to a growing community of creators with a combined reach of 2bn+ people worldwide.

Terry Mardi appears on PRS for Music – Asian Music Steering Committee and was foundation signatory for the UK Music Diversity Charter. He is also ambassador for PRS Foundation.

TMG platforms have been mindfully educating a global community of 25 million+ diaspora for over a decade through his Asian Music Seminar, Mind Camp, HipHop India and Women In The Arts Conference. Reaching audiences across four continents including Africa, North America, South America, Europe and also supported the Department of Trade and Industry (DTI) to deliver content in India about the future of copyright.

Terry is dedicated to bringing his experience to the wellness industry. Touching lives of those who need support. Focusing on sustainability, ethics and streamlining early stage SME’s led by stellar talent to apply science-backed technology to launch products and services that add value to improve the lives of people worldwide.

Since 1993, Tim Halpern has owned Comprehensive Prospect Research (CPR), which has helped more than 600 clients raise in excess of $200 billion. His team has more than 100 years of combined business experience and searches more than 100 billion public records globally. They can conduct research in any language. For more info see: http://www.prospectresearch.org/cprservices.html.

Tim is a serial entrepreneur born into a legacy of public service. His father was the late Alexander Halpern, Esq., a Commissioner of the Port Authority of New York & New Jersey, appointed by Governor Nelson Rockefeller.

Tim developed his core values early in life due, in part, to his family and his service as an Eagle Scout. He is a 1990 graduate of Bennington College and was President of every student governing body at his schools.

One of Tim’s earliest ventures was the landscaping firm Ground Control.

Tim and his wife, Dana, produced live stand-up comedy in New York City. A veteran of the industry, he continues to write and perform stand-up.

Tim does well by doing good. Professional success aside, his greatest joys are the loves of his life: his family, nature and the dog.

He trained as a psychiatrist at the Post-graduate Institute of Medical Education and Research (PGI), Chandigarh, and moved to the UK in 1991.

He was a Lecturer and Consultant in Nottingham and in 2001 was appointed Senior Lecturer at St George’s University of London. There he developed the ETHOS early intervention service, which gained an international reputation for its success in improving outcomes for young people with psychosis and for its cost-effective use of resources.

He was appointed Professor of Social and Community Psychiatry at the University of Warwick in March 2006.

Dr. Robert Polnicky is the Director of the Science 21 Foundation. He is also the founder of “Neural Performance”. His “Neural Performance” framework allows for the reality-consciousness interaction to become measurable. He has a background in traumatology, anesthesiology and emergency service. He has worked in various Hospitals in Prague as an emergency doctor and assistant brain surgeon, as well as in children’s surgery and practical traumatology. He was the clinical tester and developer of the “Statovektograf” which measures the balance of a person and is an apparatus which helps a traumatized person to regain his body consciousness.

He is passionate about exploring AI and technological applications of science and is supporting the clinical testing of features of the Nada Brahma platform. Within his work for the Science 21 Foundation, he is doing further research on how to measure “Neural Performance” and is developing trainings to raise an individual’s “Neural Performance” and therefore the potential of each human.

In 2008 he won the UK PRS Foundation New Music Award (The ‘Turner Prize for Music’) for the neurological sonic installation, ‘The Fragmented Orchestra’ which led to the development of The Neurogranular Sampler Audio Unit and the ‘Plasticity’ sound installation at the BFI and Google Campus Building, London.

He has performed Internationally at many venues including the Royal Opera House London, the Pompidou Centre (Paris) and Le Poisson Rouge (New York City) and has contributed music to 12 film scores.

As Associate Professor at the University of Plymouth UK (2005-2019) he was one of 14 PI’s on the €4.1 million EU Marie Curie Project ‘CogNovo‘, which explored Cognitive Innovation from an interdisciplinary perspective and he has also initiated funded projects with the Wellcome Trust, Arts and Humanities Research Council (AHRC), Arts Council England, Engineering and Physical Sciences Research Council (EPSRC) and the PRS for Music Foundation and is co-editor of the forthcoming Oxford Handbook of Sound Art (2020).

He has a Ph.D in Theoretical Physics from the University of Exeter (UK) and is currently Head of Research and Innovation at dBsi, a new innovation lab in Sound and Music in Bristol, UK who are looking forward to collaborating with Nada Brahma.

Dr. Margaret Ledwith is Emeritus Professor of Community Development and Social Justice at University of Cumbria.

As a child, she was aware of social injustices around her, but had no understanding of the ways in which power discriminates to privilege some at the expense of others.  This changed with the flick of a switch when she was introduced to the thinking of Paulo Freire and Antonio Gramsci at Edinburgh University. From then on she saw power as a tangible discriminatory force in everyday life, and began taking Freire into feminism, anti-racism and intersectionality, both as a community development practitioner and in her books.

To date, the culmination of her thought is captured in the third edition of Community Development: A Critical and Radical Approach, in published 2020.

She is committed to emancipatory action research as a living praxis for social and environmental justice practitioners and activists, and extremely interested in the role of storytelling as a provocation to trigger critical dialogue and action for change.

Dr. Ledwith is co-coordinating the group of the Collaborative Action Research Network (CARN).

For details of her publications please follow the below links: